It's been a while since I've posted on the GeekGirlKnows blog, but I've been active on all of the social media sites we connect on! (@LadyDJames on Insta, @GeekGirlKnows on Twitter). If you're in SoCal this weekend (December 9-11th) come down and hang out with Ross Mathews, Stylist Salvador, Josh Wolf, Nikki Boyer, Mark, CJ, Willy and the whole gang. Check out the fun activities we have planned - including a LIVE Podcast taping! 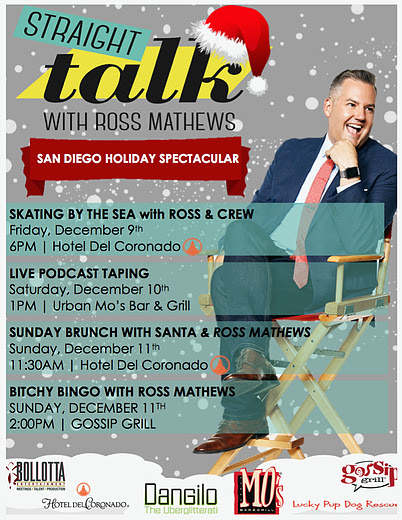 And if you haven't been around the Straight Talk podcast lately, click HERE to visit the site and watch the latest video of the live show below (where I had the honor of filling in for Nikki B this week).

Hope to see you in San Diego, peeps!

It's been quite a while since I last posted here. Lots has happened since then, and much will happen going forward (for all of us, not just me!). The old Morcheeba song "Wonders Never Cease" embedded above is my current mood on a dark, rainy day in LA (which I love).

I find I always come back here when I'm engaging in self-introspection in order to re-center or align myself in some way or another. Whether it's been in larger creative endeavors like the Straight Talk with Ross Mathews podcast (which is still going strong!) or seeking answers to things like "can i find a natural deodorant that actually works?" (the answer is still no, not for me, but I will continue to try/look), or just sharing my personal photography, this blog is my totally open space to communicate with you all whenever I'm called to do so.

This is all very general, I know, but I'm building up to something. :) In the meantime, what have all of you been going through? What new wonders do you look forward to exploring this year? I'm not a New Year's resolutions type of girl, but I am all about setting new intentions whenever it strikes you to do so, so I'd love to hear about what your newest intentions are for you, whether it's this month, next month, this year or beyond.

What are your new intentions for yourself? What do you think about in your quietest moments? Share with me in the comments below (whether I know you or not!) if you feel like putting your intentions in writing is what you should be doing in this very moment.

It's here! Straight Talk with Ross Podcast is LIVE 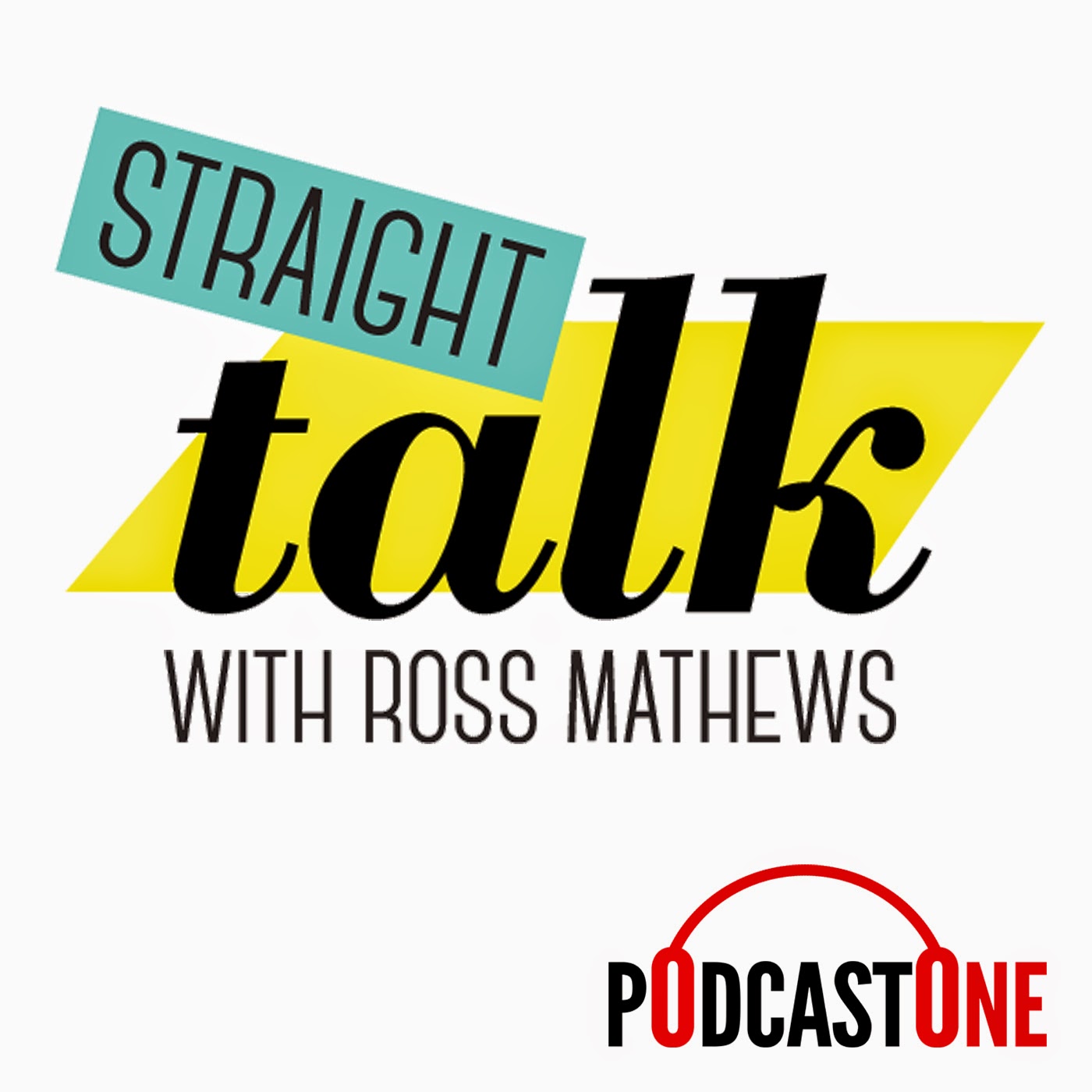 Did Y'all download the first podcast episode with GeekGirl & Ross Mathews? REUNITED AND IT FEELS SOOOO GOOD!

Click here to subscribe via itunes and check us out on PodcastOne. Plus, email us your questions (or stay tuned for the call in number for next week's show) at straighttalkwithross.com.

You may or not know this about me, but i LOVE photography. You also may or may not know that until recently, i lived in an old loft (originally built in 1898) in Downtown Los Angeles for over 8 years, before it was the "cool" place to be. I'm not necessarily technically as skilled as i would like to be in terms of camera settings, but i make up for it in oodles of passion. whether it's my Nikon digital SLR camera or my iPhone, when inspiration strikes, i take a shot - literally.

one of my favorite things to take photos of is Los Angeles - my city of Angels. And my two favorite times to take pics of Los Angeles? One: the morning after it rains, early, before anyone else is up. The air is clear and crisp, there's a fresh smell in the air, and the light is somehow different. My second favorite time is at dusk, usually after rain (which is rare) or when there have been great, big, billowy clouds in the sky. it makes for the most beautiful sunsets streaked with pinks and purples.

Stay tuned for some exciting news this week that is about a blast from the past...those of you who have been around this blog for a while are going to be pretttttty excited, i think. :) 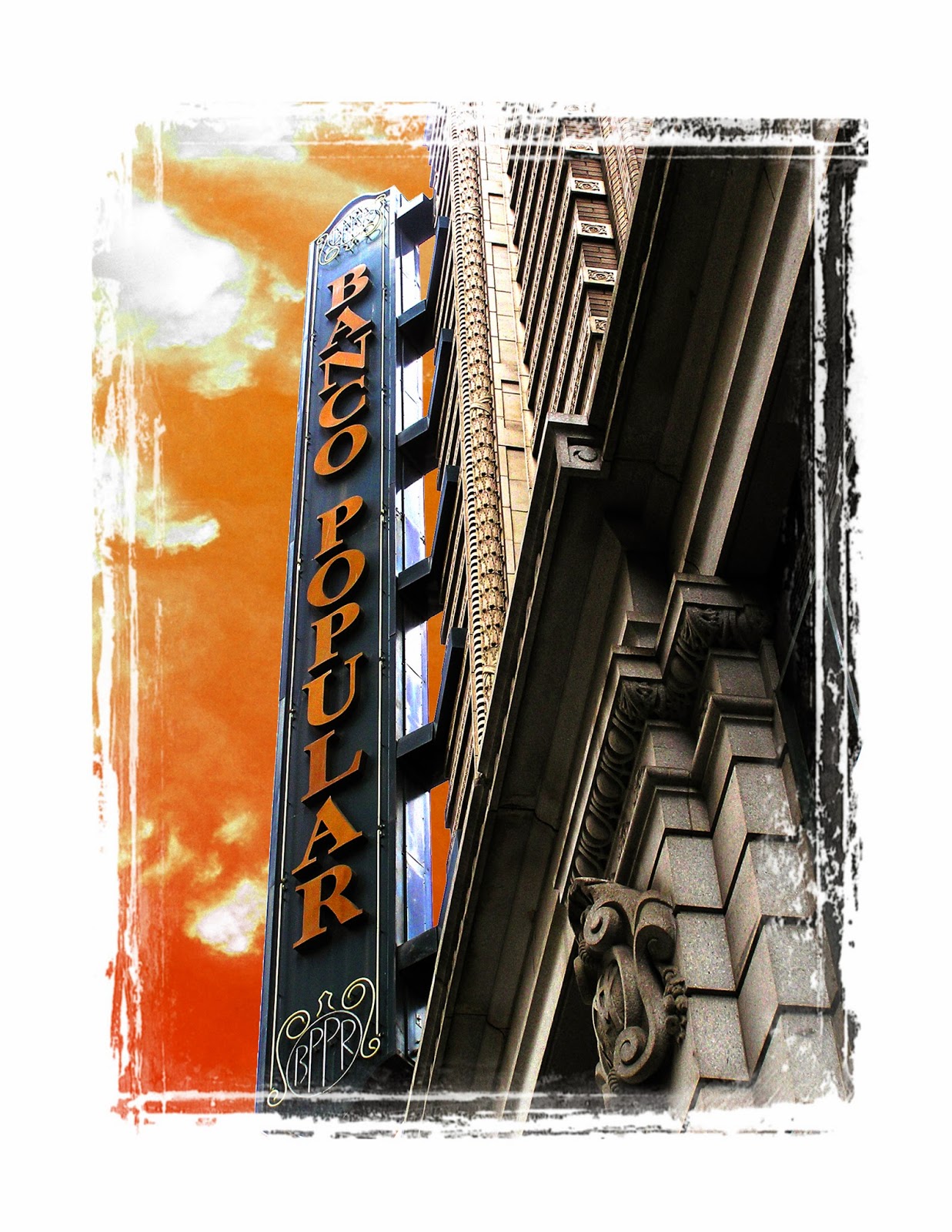 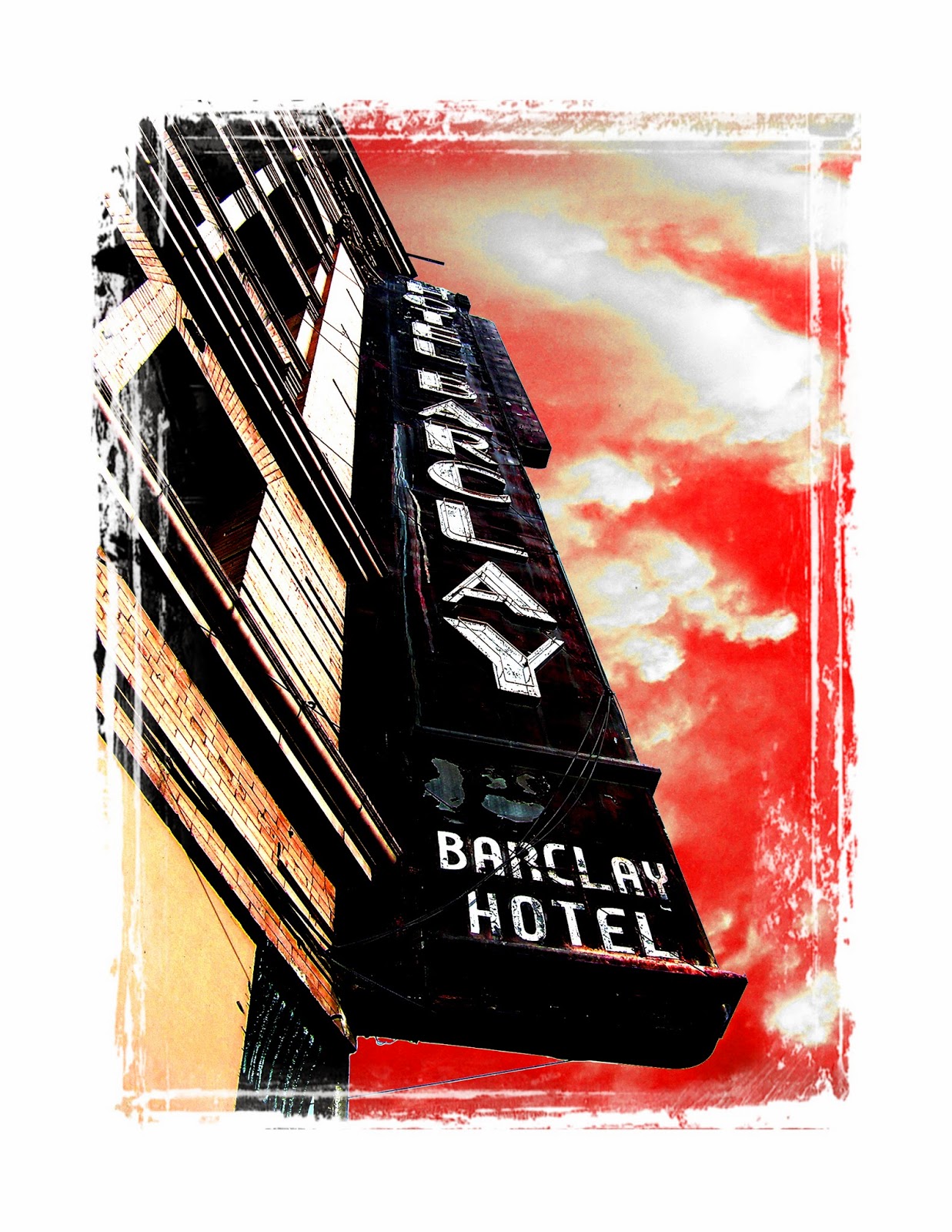 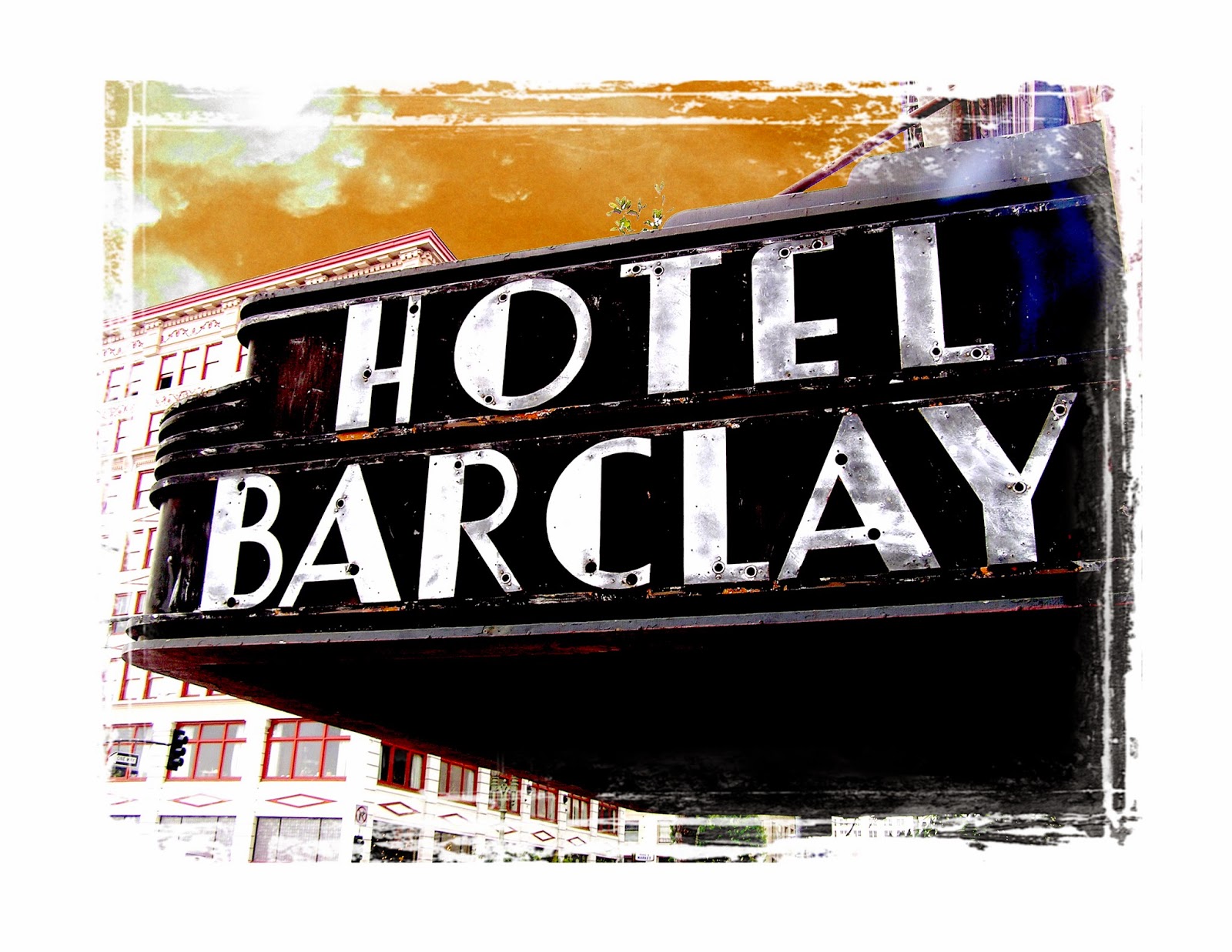 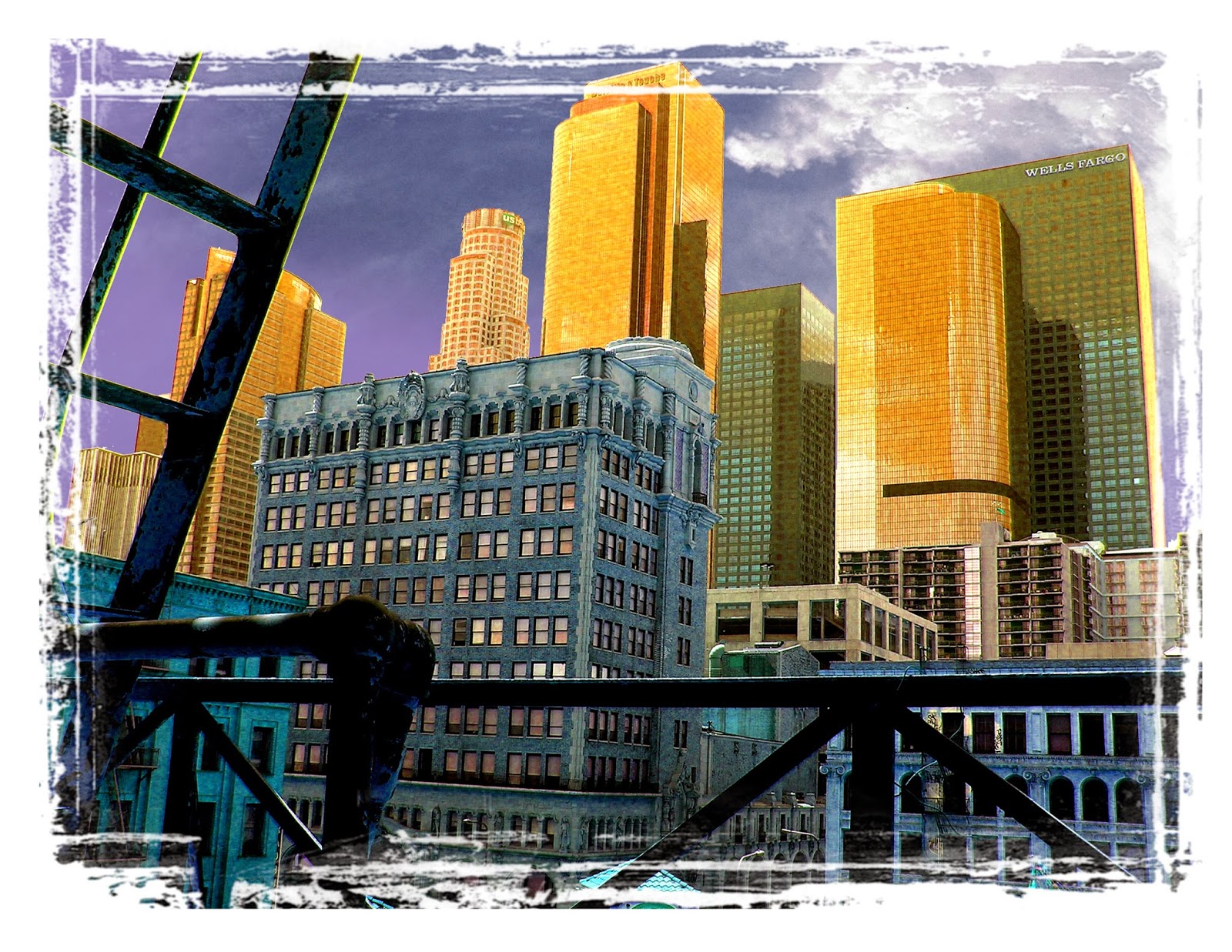 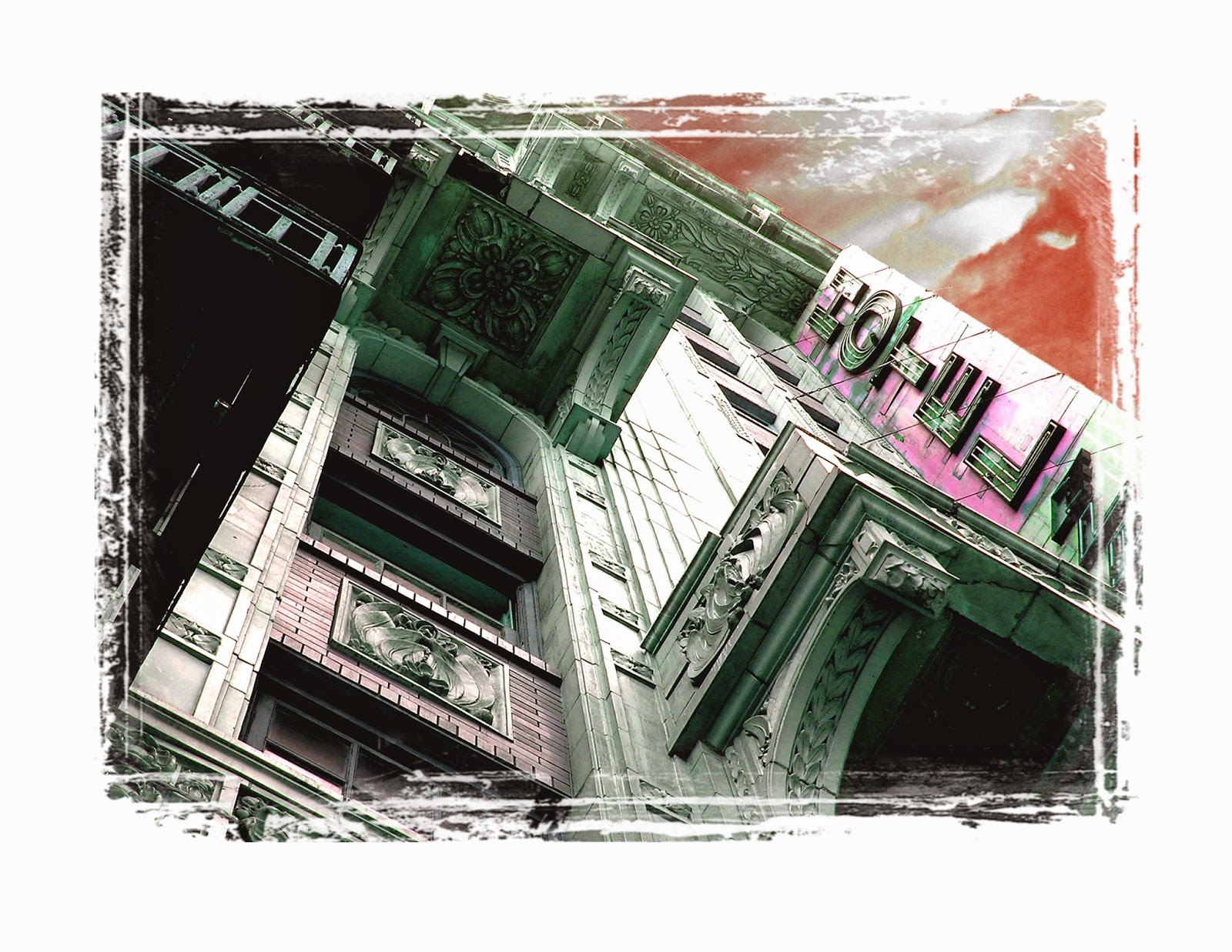 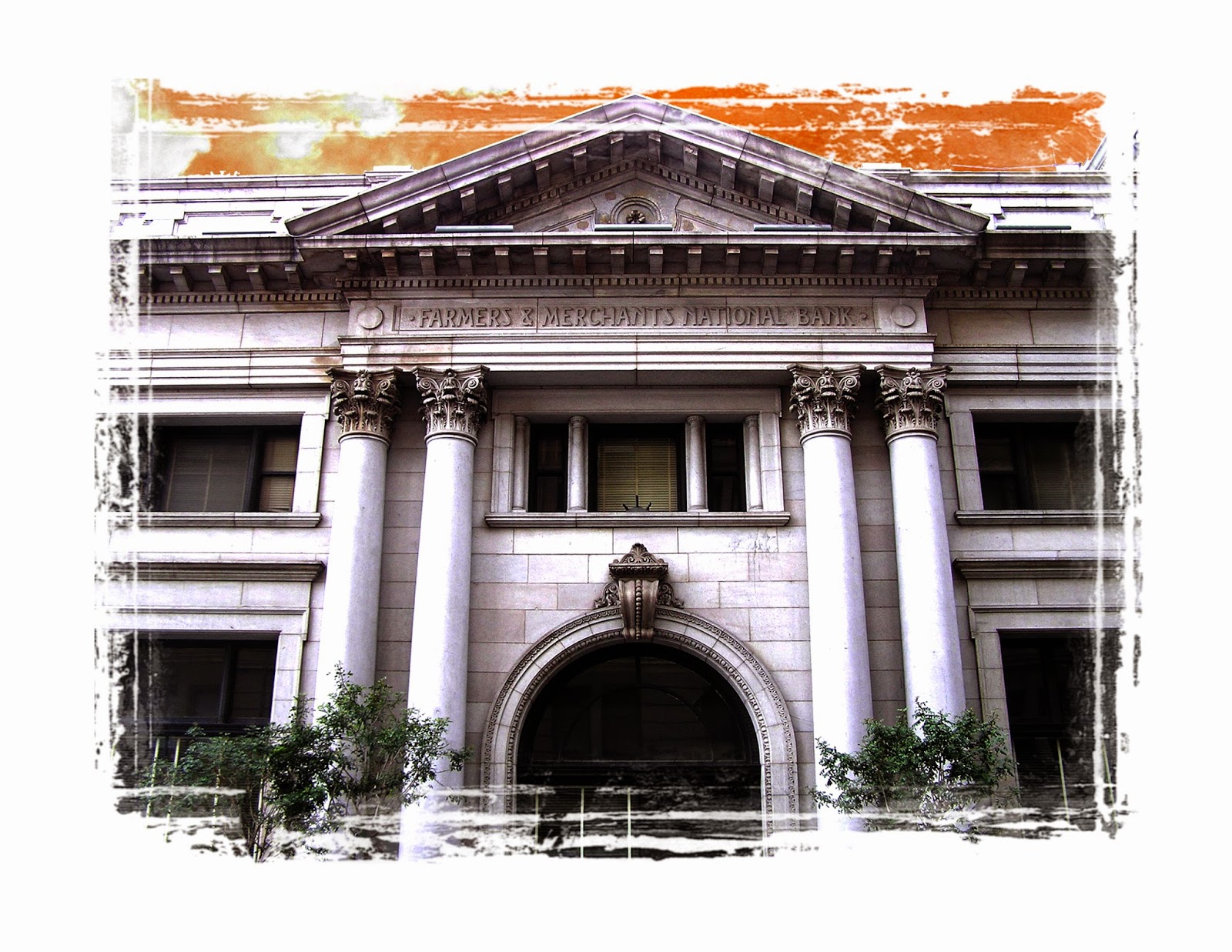 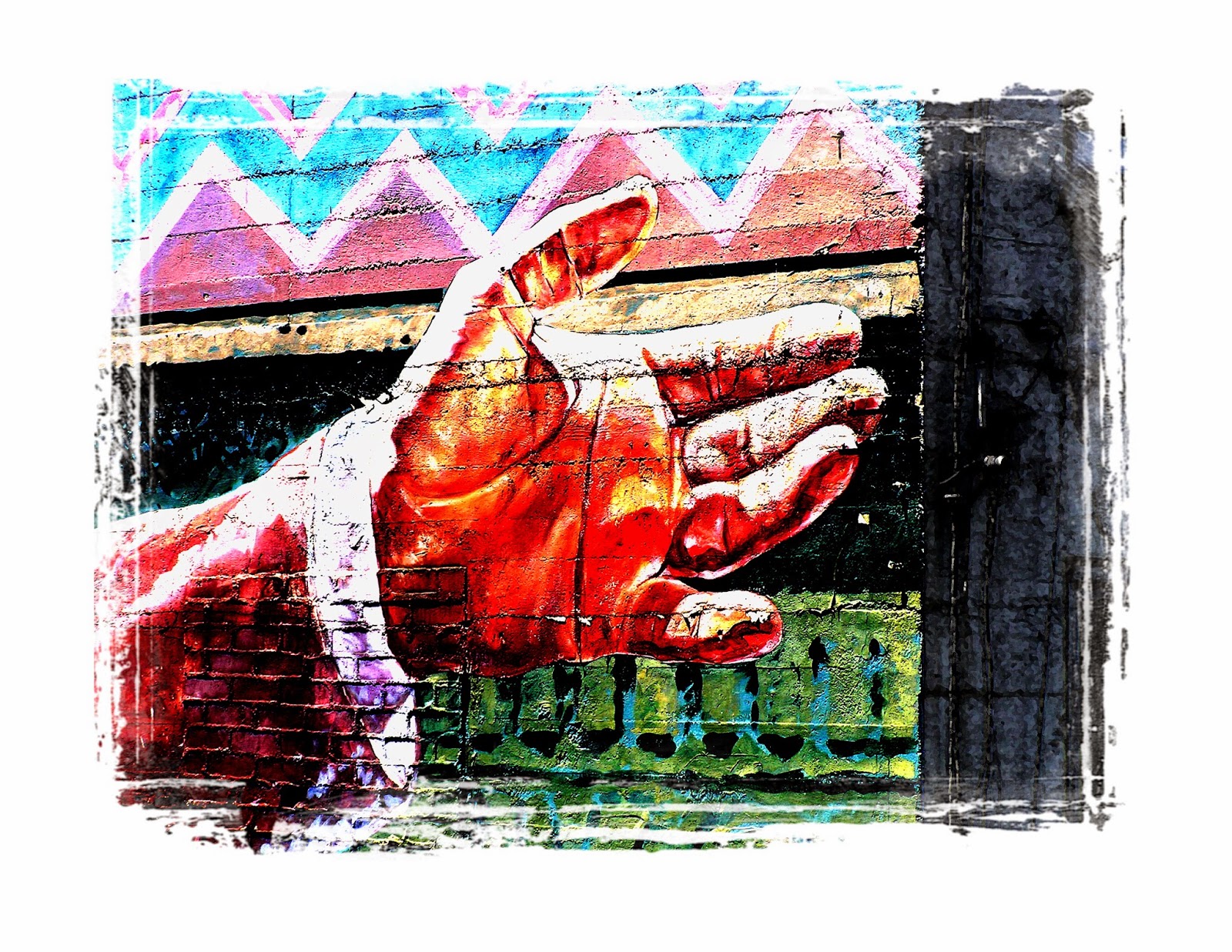 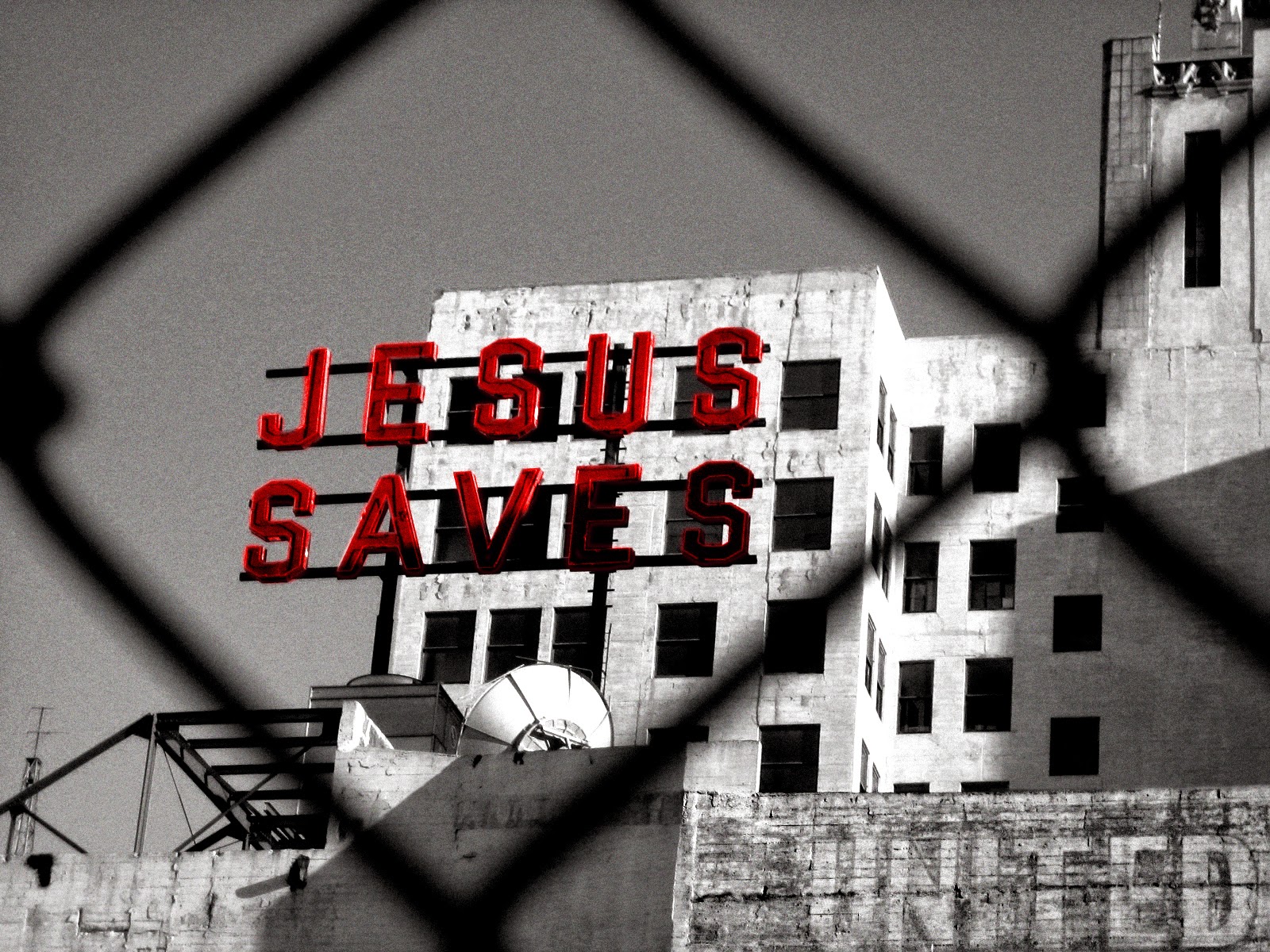 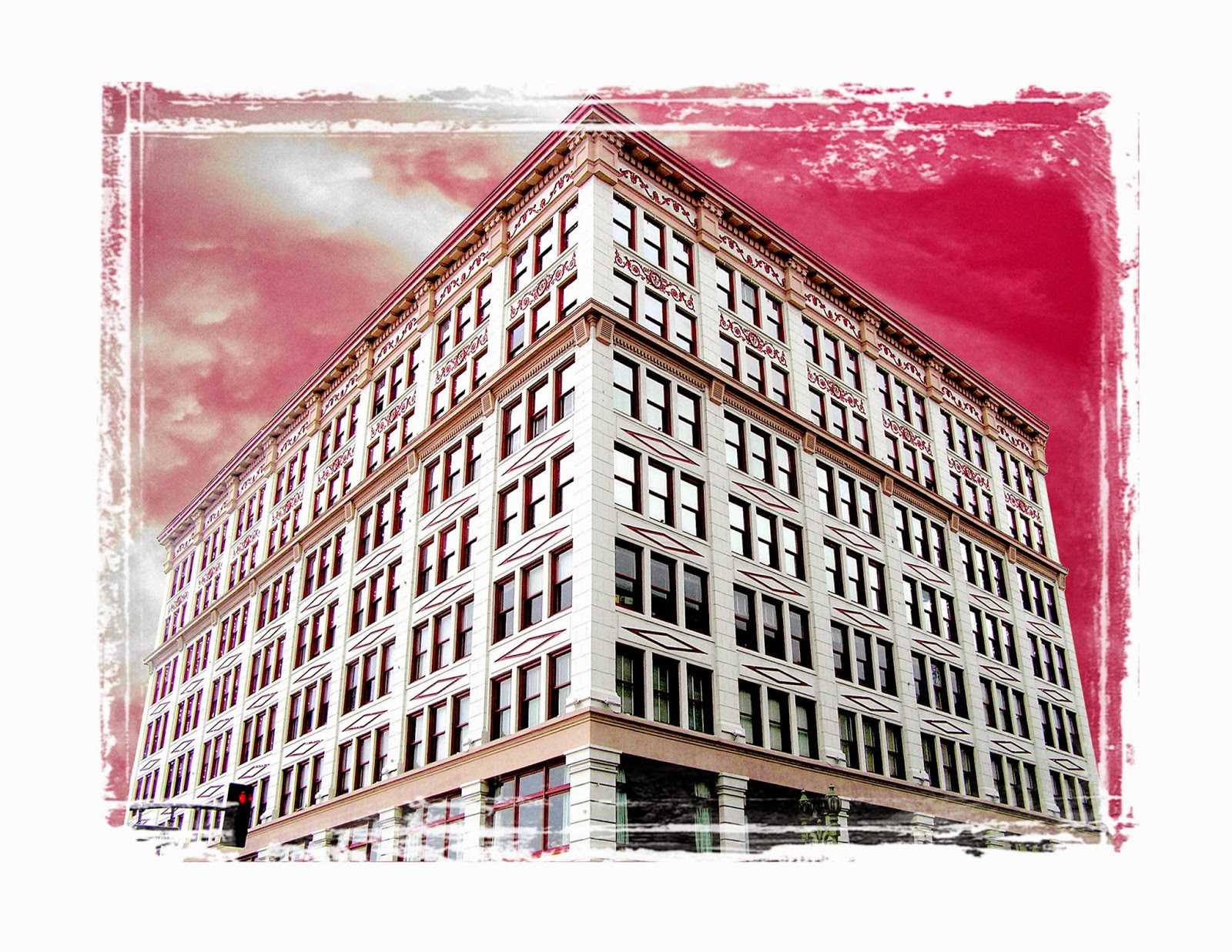 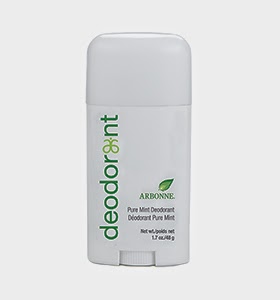 this is an oldie but a goodie. randomly was looking up something about The View, and this popped up...memories!! enjoy. so proud of how far he's come!! xoxo

have a great day and take a little time to enjoy the view... HA (sorry i couldn't resist). :)

No comments:
Email ThisBlogThis!Share to TwitterShare to FacebookShare to Pinterest

Ok, so we all know (or are slowly learning) that antiperspirants aren't good for us. but no one wants to stink, right?

Plus, and chemical-laden deodorants that are placed so close to fragile breast tissue and lymph nodes (especially when you shave under the arms and get cuts, nicks, etc - pathways directly into the bloodstream!) are no bueno. though there's no direct link of deodorant to cancer that i can find in the science (full disclosure, i'm not a scientist; just very good at google searching and deep-dives), it can't be good for our organs to constantly be putting aluminum and other chemicals in our bodies. right? duh. 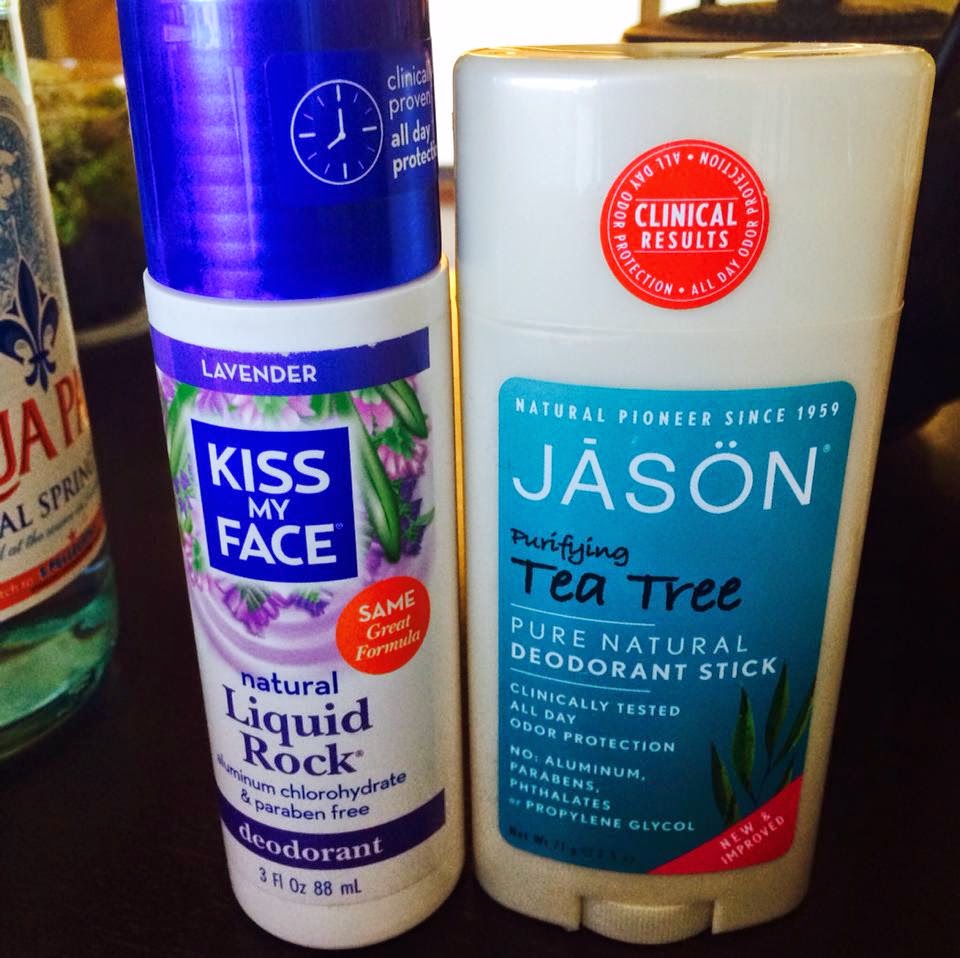 So, i'm trying to find a more natural deodorant that actually works. i was perusing the aisles at Gelson's yesterday, and just went based on what i could read on all of the labels that appealed to me. i didn't have a specific recommendation, i was just trying to be a responsible consumer and read the labels. (and also a marketing-person's dream consumer because that "clinical results" sticker on the Jason deodorant really worked on me!).


In summary, i'm a bit sticky but not stinky. so that's good? i will let you know how it progresses. :)

Now, i want to hear from YOU! later i will post the insanely long thread on my FB page where people sounded off en masse on the types of naturals they use, but in the meantime, tell me in the comments below-do you use natural deodorants and if so, what is your favorite brand? any recommendations?